About 10,000 foreign workers on temporary visas are being allowed to stay in the country for another six months to help ease labour shortages while the border remains shut.

Migrants on Working Holiday and Supplementary Seasonal Employment visas due to expire between 21 June and the end of December will have their visas automatically extended.

Those on a Seasonal Employment visa can now also pick up work in any industry, not just horticulture or viticulture.

Immigration Minister Kris Faafoi said, while employers should try to take on New Zealand workers, this extension would give them some certainty.

“It will also put the minds of visa holders at ease knowing they can stay and work in New Zealand for the foreseeable future.”

“If things don’t markedly change – and at this stage I don’t see that happening – we’ll look positively at another six-month extension to give some certainty to those workers.”

Essential Skills work visas for those earning below $27 per hour would be increased from six months to 12 months.

A little over 6000 working holiday and Supplementary Seasonal Employment visa holders were the country at present compared to the usual 45,000 at any one time, Faafoi said.

Bringing back the stand-down period – when a migrant must spend at least 12 months outside of New Zealand if they have worked for three years below the median wage – has been postponed until July 2022. All eligible visa holders would be contacted by 25 June.

New border exceptions will allow 250 farm workers and vets into the country.

Up to 150 dairy farm workers in management roles on farms, 50 workers in dairy assistant roles, and up to 50 general practice vets, along with their partners and dependent children, would be allowed in.

Agriculture Minister Damien O’Connor said the exception came as the new dairy season kicked off and would go a long way to relieving labour pressures.

“What we have also made clear to sector leaders is that we need to ensure there is a strong incentive for New Zealanders to take up entry-level roles and develop careers in dairying.

“The government and food and fibres sector have been working hard to mitigate worker shortages by training and upskilling New Zealanders, but we know that takes time. This announcement recognises the immediate need for additional expertise to come through our borders.”

Employers could request to bring workers in through this exception by the end of the month.

The workers will have to have a job to come to and employers would be required to pay for the workers’ stay in managed isolation and pay their salary while in isolation.

“I’m guessing it will only be those farmers who really can’t find anyone else – it’s not a cheap exercise for them at all,” O’Connor told First Up. But they will be experienced farm workers for the most part – 150 of those will be at farm manager or assistant manager level.

“The 50 veterinarians in particular will be of comfort to the whole industry because they need people to look after those animals.”

O’Connor said there had been a high uptake of apprenticeships and vocational education, but in the short term there were acute needs. “If there are people around we’re still encouraging those agriculture employers to help train them. There should be a bigger effort across our whole economy of course to train New Zealanders up … it’s all the trades.”

Faafoi said the government was working with the diary industry and also putting pressure on them in the long term to train local workers and provide pay and conditions to make those jobs more attractive to New Zealanders.

“That is a message not just for that sector but for many other sectors who have relied on migrant labour over the last 10 or 15 years.”

We’re certainly having very robust discussions with a number of sectors about what they’re doing in the long term to make sure we learn from the lessons of the border closures that if we are heavily reliant on migrant labour, that has caused skill shortages in a number of sectors, and we need to deal with that long term.

More than 10,000 critical workers have come in to New Zealand under border exceptions since the border was closed, Faafoi said, many of those for the primary sector. 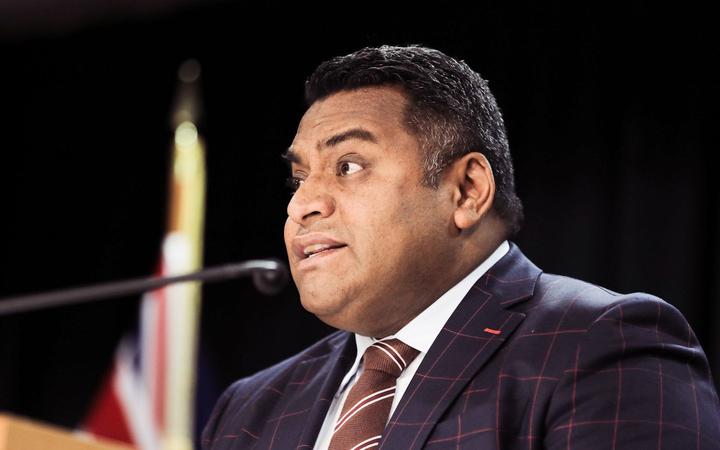 Visa extensions for 10,000 workers, dairy industry gets border exception
The foreign workers are being allowed to stay in the country for another six months to help ease labour shortages while the border remains shut.

Leave your thoughts Click here to cancel the reply

Send to a friend